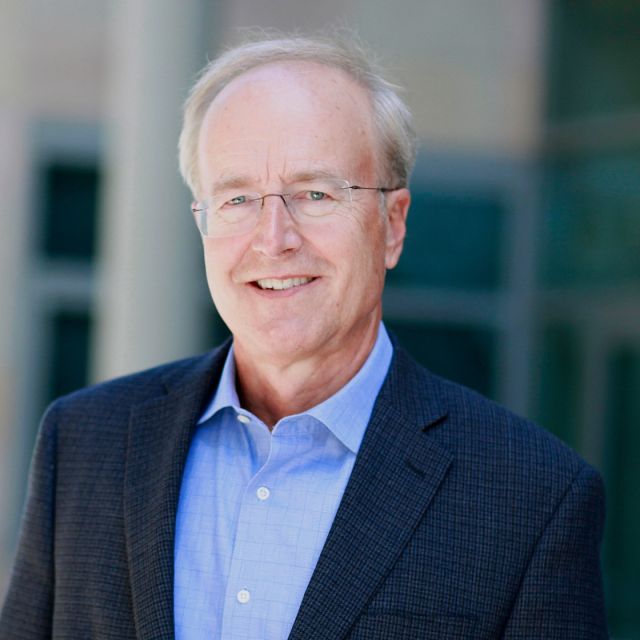 John Bowers holds the Fred Kavli Chair in Nanotechnology, and is the Director of the Institute for Energy Efficiency and a Distinguished Professor in the Departments of Electrical and Computer Engineering and Materials at UCSB. Dr. Bowers received his M.S. and Ph.D. degrees from Stanford University and worked for AT&T Bell Laboratories and Honeywell before joining UC Santa Barbara. Dr. Bowers is a member of the National Academy of Engineering, the National Academy of Inventors, a fellow of the IEEE, OSA and the American Physical Society. He is a recipient of the IEEE Photonics Award, OSA/IEEE Tyndall Award, the OSA Holonyak Award, the IEEE LEOS William Streifer Award and the South Coast Business and Technology Pioneer and Entrepreneur of the Year Awards. He has published two books, ten book chapters, 850 journal papers, 1200 conference papers and has received 70 patents. His papers have been cited over 58,000 times and he is a Clarivate Highly Cited Researcher (top 1%) and has an H-index of 115. He and coworkers received the EE Times Annual Creativity in Electronics (ACE) Award for Most Promising Technology for the hybrid silicon laser in 2007.

Silicon nitride waveguide technology is advancing quickly, and long (20 meter) ultralow loss waveguides can be integrated on a chip with lasers and other photonic elements. This technology can be used to make very high Q resonators with Qs above 250 million. Lasers can be self injection locked with these resonators to make low noise, narrow linewidth lasers with Lorentzian linewidths of under 0.1 Hz.

Multiwavelength lasers can be made using mode locking or nonlinear comb generation and are interesting for high capacity data transmission at rates above 10 Tbps. Hundreds or thousands of photonic devices are being integrated to achieve these high data rates at very low energies (<0.5 pJ/bit).