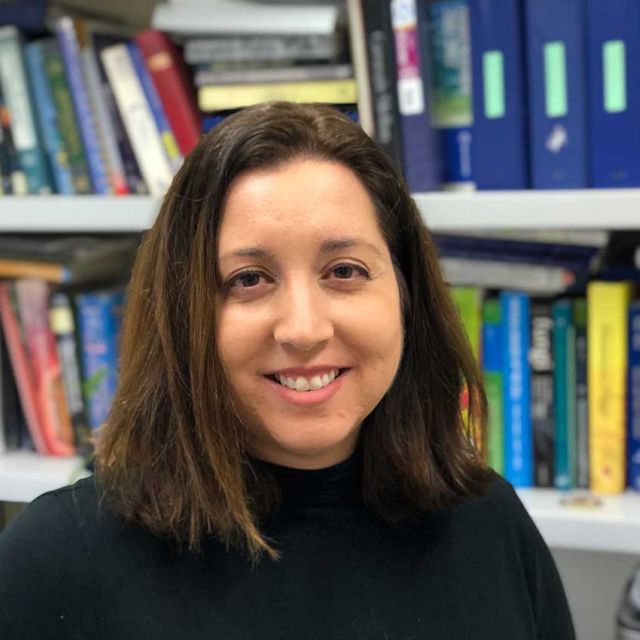 Michelle A. O’Malley is a Professor in the Department of Chemical Engineering at the University of California, Santa Barbara. She earned a B.S. in Chemical Engineering and Biomedical Engineering from Carnegie Mellon University in 2004 and a PhD in Chemical Engineering from the University of Delaware in 2009, where she worked with Prof. Anne Robinson to engineer overproduction of membrane proteins in yeast. O’Malley was a USDA-NIFA postdoctoral fellow in the Department of Biology at MIT, where she developed new strategies for cellulosic biofuel production. At UCSB, her research group engineers protein synthesis within anaerobes and consortia for sustainable chemical production, bioremediation, and natural product discovery. O’Malley’s research has been featured on NPR’s Science Friday, the BBC Newshour, the LA Times, and several other media outlets. She was named one of the 35 Top Innovators Under 35 in the world by MIT Technology Review in 2015, one of the 10 “Scientists to Watch” by Science News in 2019 and is the recipient of the Presidential Early Career Award for Scientists and Engineers (PECASE) – the highest honor bestowed on early career scientists by the US government. She is also the recipient of the Allan P. Colburn Award from the AIChE, the ASM Award for Early Career Applied and Biotechnological Research, the AIChE Division 15 Early Career Award, a DOE Early Career Award, an NSF CAREER award, the Camille Dreyfus Teacher-Scholar Award, the ACS BIOT Division Young Investigator Award, an ACS PMSE Division Young Investigator Award, an ACS WCC “Rising Star” Award, and a Hellman Faculty Fellowship. She was elected to the American Institute of Medical and Biological Engineers in 2020.